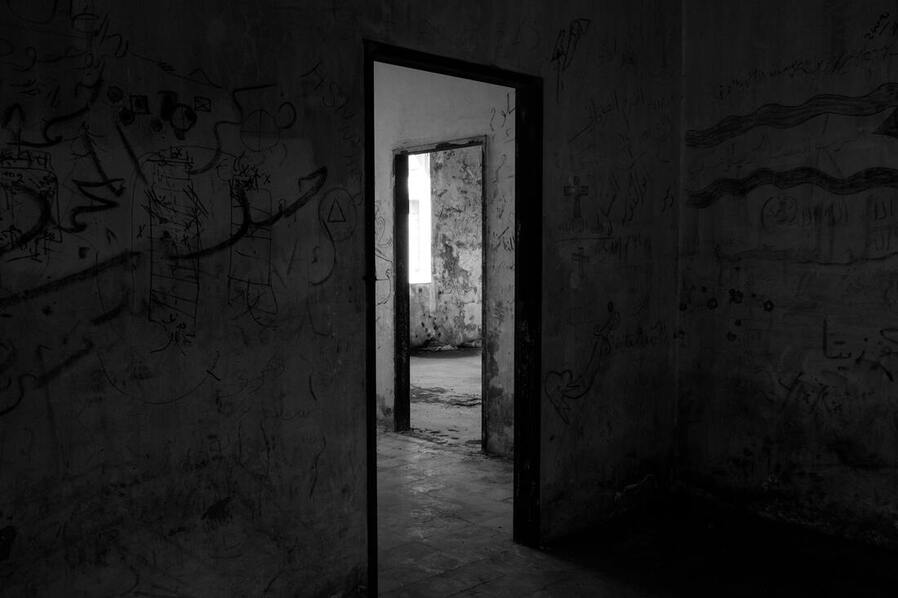 Notice how negatively the following words and phrases sound: "meaningless", "senseless", "pointless", "What's the point?", "It does not make any sense!", "nonsense". The lack of meaning is a source of confusion, frustration, fear and concern for us, human beings. How does this work?

Example #1:
I am afraid that my work is meaningless, that my life is pointless. Seriously. I do not think these thoughts all the time, but, to be honest, they do cross my mind once in a while, especially when I am tired, not feeling well, or if something has happened that I feel sad or angry about. I am writing this experimental hypertext book and the other one, on power. My writing is important to me, it helps me develop my ideas and keep my sanity. But then, sometimes I wonder: does this even matter? Today, so many people are writing down and sharing their thoughts all the time. Who will notice what I am trying to say (especially now that I have left social media)? Even if they do notice, will anybody think that I am saying anything new and worth considering? And even if they think so, will they be right?

Since I consider myself a writer, if my books do not matter, this may mean that my whole life does not matter in the grand scheme of things. Like so many other people before me, I will just “come and go”. One day, all my memories, opinions and ideas will disappear, and after a while nobody will even care... To be clear, most of the time I am not thinking this way. Otherwise, I would probably not be writing at all. This confession is just to show you how negative it is to focus on the potential meaninglessness of something.

By the same token, you can think about times when the question “What’s the point?” overwhelmed you, whether you were thinking about a specific thing you were doing in that moment or about your whole existence. If you analyze your thoughts like I do above, you will probably also discover that such questioning happens when you are experiencing negative emotions or physical discomfort (emotional pain and physical pain may seem different, but they are very much alike). At times of distress, finding meaning becomes particularly difficult.

Example #2:
What kind of actions do we call "senseless"? According to the Google dictionary (powered by Oxford Languages), "senseless" stands for "lacking common sense" and "wildly foolish". Proposed synonyms include "futile", "useless" and "wasted", with an example being "it was as senseless as crossing Death Valley on foot". We are convinced that a senseless act is something that a smart or sane person would avoid by all means.

Crime, violence and cruelty are bad enough, but what if they are also "senseless"? They become even worse! Who knew that it is possible?? Imagine an army of invaders who are killing soldiers - defenders of their land. This is a kind of violence that most people would condemn. Now, imagine the invaders killing civilians who cannot even properly defend themselves. We are reading the news and pulling out our hair: "Why? Why? WHY??". This is just so senseless. It hurts so much to think about this violence... and it does not even seem to help the invaders get closer to victory! If anything, it may even hurt them. When the defending army finds out about the atrocities, the anger will energize its soldiers, making them more determined and more brutal.

Senseless actions mark a person who is "crazy", who "lost it" and became a menace to himself and others. You cannot deal with such a person because he probably does not clearly understand his own actions. Your best bet is to stay away from a senseless person because you cannot predict what he will do next. It can be something that will put you in danger. Our common sense tells us that anybody who regularly engages in senseless actions should be avoided by all means. We rely on our common sense to detect those who seem to lack it.
​
Example #3:
When we try to understand something and end up exclaiming: “It does not make any sense!”, it’s because we are frustrated and confused. Why did an architect put a functional door on the slanted side of the roof, in a place where nobody would be able to get in or out? Why is this restaurant open only one day a week? Why did I get a ticket for speeding when everybody on this road goes over the limit? (The last question is not about me - I do not really drive.) In all these cases, as much as we are looking for an explanation that would fit our logic, it does not seem to exist. We are observing something that does not have a clear purpose or correspond to any reasonable rule; something that is unnecessary, unfair or unproductive.

Same as with a person who engages in senseless actions, something that does not make sense must be avoided. It can be dangerous or cause us trouble without giving us anything positive in return. Take the door in the roof located in a way that no one can actually use it to get in and out of the house. This door may not hurt us, but it will probably leak when it rains or snows. And nobody will be able to enter through it anyway! It's not even that interesting as a decorative detail, because it will probably be difficult to see from the street. This whole house may be worth avoiding! If somebody decided to add a door in this unusual location, who knows what other strange decisions this mad architect made about the layout and functionality of the building? Because things outside of the norm make it difficult for us to know what to predict, we may choose to bypass them altogether. They are not to be trusted.

***
We do not like when something lacks meaning. The examples above should make it clear. However, they do not make it obvious where the meaninglessness comes from. It is easy to see it as an intrinsic quality of something or somebody. When I am upset enough to consider that my life may be pointless, I truly believe in this possibility. When I see somebody's actions as senseless, I honestly do not see any reason to act this way.

This perception is a mistake connected to our confusion around meaning-making vs. meaning-seeking. Meaninglessness is not a quality, it is a way to see something, to describe it while showing our dislike, disapproval, discomfort and condemnation. This may sound counterintuitive, but a lack of meaning is a kind of meaning we ascribe to people and things. Let's revisit the examples offered above:

Example #1: One day we may think that our life is meaningless, but we are often able to see the same exact life differently when we feel emotionally and physically better. (People suffering from a depression cannot switch their perspective back and forth, but this is a nature of their disease, but not the nature of their life.) A life event that is meaningless to one person (e.g., an accident) can be interpreted by another person as an act of god, a sign of a pattern, a way for the universe to restore justice, etc.
Example #2: Every senseless act has an explanation. By calling it "senseless", we reveal our values and our logic. For one person, it may be senseless to cross Death Valley on foot, but for another one, it's an adventure, a challenge, an experiment, an exploration worth the trouble. Senseless violence can be explained (which is not the same as excusing it) if we learn more about the person whose behavior we condemn. It is true that we might not want to spend our energy learning about the perpetrator, but this is a matter of our ﻿choice﻿. Senseless war crimes can be, unfortunately, part of a military strategy (e.g., killing civilians > infuriating defending soldiers > justifying aggression of attackers as self-defense).
Example #3: The fact that we do not understand the reason for something is - to put it in the most cynical way - our problem. For somebody who sees the same situation from a different perspective, this problem may not exist. By saying that something does not have a point - like a door in the roof or a restaurant that is open only once a week - we confess that we do know enough about the thing we consider pointless.

Meaninglessness is a kind of meaning, it is an outcome of our perspective. Things, events and people have meanings for us inasmuch as we attach meanings to them. Understanding this is a step in the process of acknowledging our subjectivity. It can give you power to explore other points of view without abandoning your opinions and convictions.
​
​About this project: Start page