Theory of Micro- and Macropower 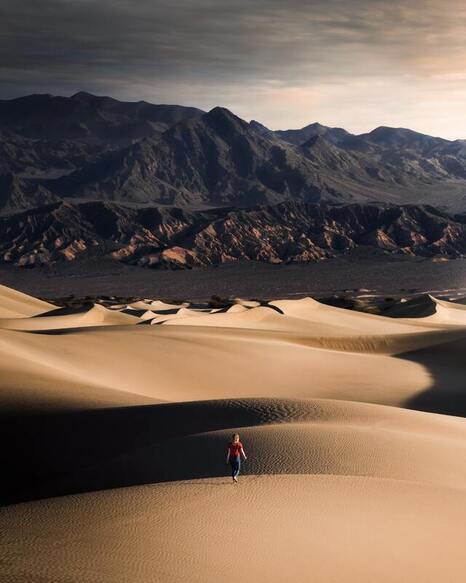 Have you ever felt that you are not in control? It is not fun. This feeling is unpleasant for human beings because we long for certainty and predictability. Our brains work hard to create order out of chaos, so more often than not we do believe to be in control of a situation. When we think this is not the case, we resort to blame by looking for the guilty party.

But the brain may be tricking you to help you cope with your existence. The control each one of us hopes to have is very limited. Any individual is but a tiny speck in the vast social and physical universe. We are born into society governed by unspoken rules and by ideas that we do not fully comprehend. On top of that, we constantly have to deal with limitations of our bodies, with forces and laws of nature indifferent towards our feelings.

At the same time, it would be wrong to say that we do not decide anything, that we have no choice whatsoever. As a matter of fact, we constantly influence each other through everyday interactions (this is one of the fundamental principles of communication formulated in my book). We shape our environments and use natural resources for the benefit of the human species. The question "who is in control?" becomes, therefore, more complicated than it may appear from the first glance. It is connected with paradoxes of individual freedom, free will, and power.​

Over the last century, the concept of power has been crucial in the vocabulary of movements fighting for racial, gender, and sexual equality. Scholars and activists talk about power to explain the persistence of injustices and to propose strategies for their elimination. This rhetoric, inspired by Marx’s analysis of struggles between social groups, describes society as divided into oppressors (powerful) and oppressed (powerless). The term "power" does not have to be spelled out, but it is often implied. In fact, all sides involved in debates on any social issue assign responsibility according to their perception of who is in control, who has made certain choices, and who has the freedom to change the situation.

The problem with this rhetoric is that it does not take into consideration the paradox described above. By introducing the theory of micro- and macropower in my book, I was hoping to highlight this complexity of human (co)existence. The proposed theory is meant to explain how individuals can be at the same time in and not in control, have and lack freedom to make choices, influence others and be influenced by them. My goal was to combine the acknowledgement of inequalities with the idea of our mutual interdependence.

According to this theory, power works differently on different planes of the social reality. If we zoom in for an extreme close-up of the social structure, we will observe interactions within pairs of individuals. By taking a snapshot of such an interaction, we should be able to point out who influences whom in each specific moment. This influence can be described as micropower. To visualize it, we may imagine an arrow running from the person in control to the one being influenced. If we observe the same interaction over time, we will be able to compare the number of arrows that run in each direction to find out if power within this pair is abused.

Of course, relationships that form the social system as a whole are infinitely complex. In order to understand this complexity, we will need to go from one extreme (focusing on just one pair of individuals at a time) to another one: imagining a possibility of perceiving all relationships between all human beings at once, both over space and over time. On this macro plane of social existence, everybody is interconnected in ways that no individual human brain would be able to fully comprehend.

The scholarship of Michel Foucault can be helpful for wrapping our minds around what is happening on this level. Foucault described power as not belonging to specific individuals but moving through society according to ways of seeing the world supported by many individuals simultaneously (commonly accepted truths). The power that is not owned but flows through the social system as a result of our global interconnectedness can be described as macropower. It depends on, influences, and complements micropower of the proposed theory.

Who is in control? It may well be forces that are stronger than each one of us individually but that consist of all of us – the multitude of people acting together in seemingly uncoordinated yet interconnected ways. While we should demand accountability in cases of specific abuses of power, it may be a waste of time to try solving major social problems by blaming individuals and even social groups they belong to. Enhancing our self-awareness and empathy, on the other hand, will help us move from blame to acknowledging the common responsibility for the future of our species.