On Being a Scholar 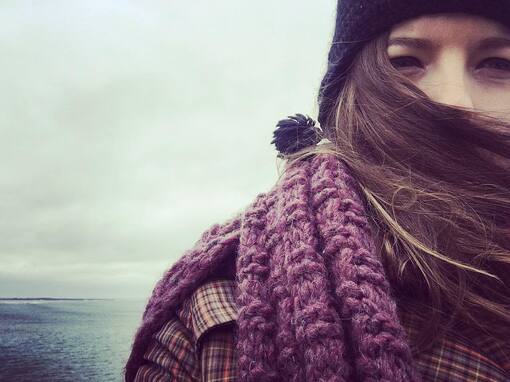 According to Merriam-Webster, a scholar is "a person who has done advanced study in a special field" and/or "a learned person". I fit in the second sense because of my two doctorate degrees. But when I think about the study (that is, exploration) I have been doing, there is something not unlike impostor syndrome that bothers me. Scholars study, indeed, but do I study things the right way?

My first doctoral program back in Russia (2005-2008) introduced me to numerous theories of society, culture, and human nature. Students like me were taught to ask broad questions about the human condition, and I took this approach very seriously. (I still remember having a passionate conversation with a college friend, arguing about "What is culture?" while having a meal in the library cafeteria.) In contrast, my second doctoral program in Philadelphia, US (2011-2015) introduced me to what I saw as proper research: collecting and analyzing data to answer more focused questions about human interactions (e.g., How does a certain subset of the population react to a specific media representation, and what does this reaction suggest about the people or about the representation?).

During the second doctoral program, I chose the path of qualitative methods and learned along the way that they are sometimes seen as inferior to quantitative ones, which are supposed to provide better generalizable and more precise information. (Whether quantitative methods are indeed superior is open to debate.) Practicing the research methods I had chosen, I published several academic articles. However, a few years after my graduation I decided to take yet another path, which seemed to lead me even further away from generalizable answers. In the process, I found myself on the path that led right back to the broad philosophical questions that I was so eagerly asking during my graduate studies in Russia.

This new shift meant moving away from the kind of data collection and analysis that qualitative scholars of society and human behavior are usually trained to do in English-speaking academia. Today, I do not see my old articles as truly representative of who I am as a scholar. In contrast, the less "formal" works that came later - Media Is Us and my current hypertext projects - reflect my personal approach but do not follow established research rules. Why do I call myself a scholar, then? And why should anybody take my scholarship seriously?

My pet peeve about acceptable research in English-speaking academia is that proper scholars are supposed to be specialized, which, to me, means siloed. (I am talking about sciences that explore society, culture, and human nature. I cannot make such statements about "hard" sciences, although I suspect that the situation is the same or very similar there.) Within each discipline, there are multiple very specific sub-disciplines, and even sub-sub-disciplines. If you want to get a job in academia, you are supposed to be very knowledgeable and, ideally, become known in your little corner of the academic universe. I do not mean to disrespect scholars who have chosen this path. The work they do is essential, and I often draw on their findings. However, over time I realized that I don't want to be one of them.

The academic siloing makes sense. Scholars have accumulated significant amounts of information about each aspect of society, culture, and human nature (that they consider important enough to explore). The only way to add to this knowledge in meaningful ways, it seems, is to become an expert in a specific chunk of this information. One cannot possibly be an expert on everything that has been written about being human. Either you choose to dig deep into a specific area of knowledge, or you have to admit to being just a surfer, moving across the surface of the collective information pool.

​So this is who I am: a scholarly surfer. I like to flatter myself thinking that I am somewhat similar to first philosophers, who would not have been able to say: "I interviewed that many people", "I ran an experiment in the lab", or "I read 500 articles on the topic". But they deeply cared about things they were trying to understand. They lived through the questions that they chose to focus on, they looked for answers everywhere, and they kept refining their ideas over the course of their lives. (Lucky dogs, they did not have to worry about how many publications they needed to have in order to get tenure, which freed their mind for other pursuits.)

​Using everything that I know as the "learned person", I constantly study - meaning, I observe and reflect. According to Merriam-Webster, "study" stands for "a state of contemplation", "application of the mental faculties to the acquisition of knowledge", "careful or extended consideration" and "a careful examination or analysis of a phenomenon, development, or question". These definitions accurately describe the kind of study that I do. As a researcher should, I keep in mind my key questions: Why do people hurt each other? How can we explain and reduce society's flaws without using blame? What could help human beings coexist in ways that would be beneficial for everyone?

I have been intently thinking about these questions for years (it took a while just to formulate them!), turning them in my mind, collecting layers of information and examples, writing notes, always striving to understand better. I may not collect and analyze data the "proper way". But I feel incredibly lucky to have access to the giant and fruitful data set known as my life. Writing is an important part of my study process, which I discovered when I started working on Media Is Us, unconstrained by academic limitations. It turns out that I learn a lot by just trying to articulate and write down ideas that are floating in my head.

In addition, this scholarly process has always been a kind of therapy for me. Any challenging or confusing life experience becomes a way to learn something new about myself and others. If life gives me lemons, instead of feeling like a victim - ok, ok, I do occasionally enjoy self-pity - I see this as an opportunity to refine answers to my key questions. This approach always helps me regain the feeling of being in control, eventually.

If you asked me what kind of scholar I am, I would probably say that I am a philosopher. ("Probably" - because I am well aware that I would not be accepted into the established academic discipline of philosophy.) Starting to work on my hypertext projects allowed me to name my preferred method: rhizomatic research. Basically, my approach is all about finding connections (both likely and not very ones) between many different ideas and things. Here is what I wrote about rhizomatic research on the About page of my hypertext project on power:

"Human thinking is non-linear, and power is an especially complex concept. That's why using the non-hierarchical structure for representation and interpretation of ideas about power can be especially fruitful. The hypertext format is ideally suited for this task, as it will allow me to trace connections between multi-layered, multi-branching ideas through links."

My scholarship is highly interdisciplinary, which can be seen as both its advantage and its drawback. The advantage of being interdisciplinary is that I can look at things sort of from above. It’s like being on top of a skyscraper and seeing the whole city. It helps me notice useful connections between very different fields of knowledge and practice. The problem with this position is that it is easy to miss details when you are trying to see everything from up high. Moreover, it is simply impossible to see everything. I cannot claim to be the expert in any of the fields I am drawing on. So, I make mistakes. As I am looking at the city from the top of the skyscraper, I may say, "Look, there is a school over there", and then it will turn out to be a store. Or a church. If I was down on the ground next to this building or even in it, I would know for sure, but I would not see in what part of the city it is located, how far it is from, say, a lakeshore (I am imaging myself on the 103rd floor of the Willis Tower in Chicago), and so on. Being interdisciplinary is a trade-off.

This is especially true because I am trying to surf across so many different disciplines and practices at once. My comfort zone extends mostly across sciences about society and individuals. However, I do draw on some theories outside of these fields. For example, I find chaos theory relevant for understanding how human beings influence each other in ways that make everybody connected.

To further illustrate my interdisciplinary nature, I will finish this page with a quote from my book Media Is Us, the part where I introduce the theory of micro- and macropower. This is an example of how I draw on hard sciences to explain my ideas about society:

"We know from physics that rules of the macro world do not apply to quantum mechanics. Atoms might look like little solar systems, but subatomic particles behave nothing like planets. Einstein was actually quite disturbed by the unpredictability of the quantum world, and in his letter to Max Born, he famously stated that God 'does not play dice' (meaning that the same rules should apply to phenomena we see through the microscope and through the telescope). I suggest that, similarly to the universe described by physics, the social world has two different but interconnected planes of existence. I argue that power struggles play out differently based on whether they happen in specific relationships between people (the micro level) or in the universe of all relationships interconnected with each other (the macro level). Oppressors can still oppress and villains do cause harm, but when it comes to society as a whole—which we have such trouble wrapping our individual minds around—additional explanations are necessary" (p. 67).