Why Do People Hurt Each Other? 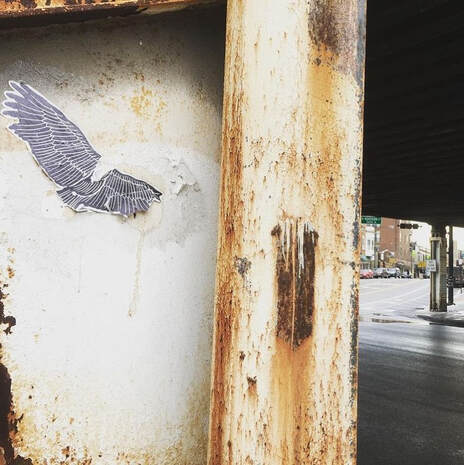 My quest for meaning has always been fueled by this question. This is obviously a big and very complicated topic. Many books have been written about it and many disagreements still exist. You may be asking: what kind of "hurt" are we talking about here? I believe that it is important to explore both why people can commit acts of explicit violence (e.g. torture) and why they cause all kinds of discomforts for each other in mundane everyday situations (e.g., little kids not sharing). The point of considering these very different kinds of "hurt" together is that they may be connected.

There are two popular responses to the question from the title of this page. The difference between these answers is that the first one focuses on the common traits of the human nature, while the second one highlights the differences. What unites them is their pessimism.

First, some argue that people hurt each other because the way they are: violent, selfish, mean. This explanation emerged as part of the debate that has been going on for centuries: are humans good or evil? Having started among philosophers, it later morphed into a conversation within behavioral sciences about violence in the human nature. I do agree that examining the human nature is essential for understanding human violence. However, it is more important to acknowledge that people can be kind and loving, but they also can be very cruel, depending on circumstances and on individuals. In other words, it may be wrong to assume that, because all the people are the same, they are all capable of being cruel to each other in the same way. Recent criticisms of Stanford Prison Experiment (Resnick, 2018), Milgram Experiment and Brown Eyes/Blue Eyes Experiment (Bloom, 2021) suggest that not all the people can be pushed to torment others.

The second answer to the question from the title of this page is radically different from the first one because it emphasizes that people are, indeed, not all the same. However, it goes to the other extreme by dividing people into those who are worse and those who are better. Those who are worse are seen as being able to be more cruel and mean than others. Those who are better are seen as intrinsically kinder, incapable of hurtful acts. This explanation is my pet peeve because I believe that its popularity is connected to the ever-growing polarization of the modern world. I cringe when polarization is being tied to moral and/or intellectual deficiencies of some people (because the person making the distinction usually describes her/himself as being on the "good" side). This interpretation has its place in the scholarly debates, especially when it comes to questions of ﻿power﻿ and ﻿privilege﻿. For me, the main problem is that those who embrace this explanation often do so by ignoring the possibility of them themselves hurting others.

The two responses provided above do not appeal to me because of what I perceive as their pessimism. The first one suggests that, because no humans can escape their nature, we are doomed to keep hurting each other. The second one suggests that the world is divided into good guys and bad guys, so the conflict between them is inevitable. Because I am an optimist, I believe that we can make the world a better place if we learn how to practice self-awareness and empathy, and if we better understand how society functions.

Although not every person can become a torturer, most of us - perhaps all of us - are capable of hurting each other in at least some ways. That is because forms of "hurting" and reasons for people to hurt each other vary wildly. Here is a list that comes to mind, in no particular order:

1) Person A hurts Person B because A enjoys observing the pain of B (i.e., A is a psychopath).
2) A hurts B because A believes that B is a bad person and hurting him/her is the right thing to do, which is possible in some of the following situations: 3) Person C hurt Person A in the past, so A becomes part of a ﻿cycle of violence﻿ and hurts B.
4) A is experiencing strong emotions and reacts in a way that hurts B.
5) A makes assumptions about B that are hurtful (A's assumptions articulated through words hurt B either emotionally or contributing to damaging stereotypes about the group that B belongs to).
6) A acts in a way that reinforces social norms, but B is unwilling or unable to follow these norms, so the reinforcement of the norms by A hurts B (although they do not even know about each other's existence).
7) A is trying to get his/her needs met, and he/she is not thinking about the needs of B.
8) A does not know how to ﻿understand﻿ B's feelings and perspective (sometimes A may think that he/she is helping B, but because A misunderstands B's needs, she/he ends up hurting B).
9) A or ignores B's feelings on purpose, because A thinks that B is inferior to A (see Objectification).
10) A is in pain (emotional or physical) and B happens to be around. Hurting B is an indirect way for A to react to their own pain.

As these generalized examples illustrate, people can hurt others due to choices they make or because of circumstances outside of their own control. We can hurt each other because we do not fully understand each other and ourselves. We can also hurt each other because we don't fully comprehend how society functions. Since we are all connected in complex ways, it is often hard to tell how our seemingly neutral or well-intentioned actions can affect others. We can hurt others because we want to protect ourselves (safety is one of the key human needs). Hurting others can be a sign of weakness: we use power over others when we (think we) don't have power.

Self-awareness and empathy are especially important because of how complex human relationships are. Our interactions cannot be explained by such binaries as "good vs. evil". Because we cannot offer simple explanations for why people hurt each other (or why some people seem to create more hurt than others), we also cannot make simple predictions: "I am a good person so I can never hurt others" or "The group of people I belong to is not responsible for any harm; all the damage is the fault of the people outside of my group". If more people learn to avoid these tranquilizing explanations by developing self-awareness and empathy of higher order, we may decrease the amount of conflicts, hatred, violence and suffering.

Unfortunately, unlike the two simplistic explanations provided at the beginning of this page, the need to put more effort into self-awareness and empathy is less appealing because it equals the call for more personal responsibility. It's hard to get rid of the comforting assumptions that we are off the hook either (1) because human beings cannot do anything about their tendency to hurt others (circumstances are stronger than our will) or (2) because "I personally" will not hurt others (="I am the good/smart one and all the problems come from people who are not like me"). Understanding on a deeper level why people hurt each other is unpopular also because it can be seen as a version of the oft-criticized attempts to represent both sides of a conflict.

Resnick, B. (2018). The Stanford Prison Experiment was massively influential. We just learned it was a fraud. Vox. https://www.vox.com/2018/6/13/17449118/stanford-prison-experiment-fraud-psychology-replication