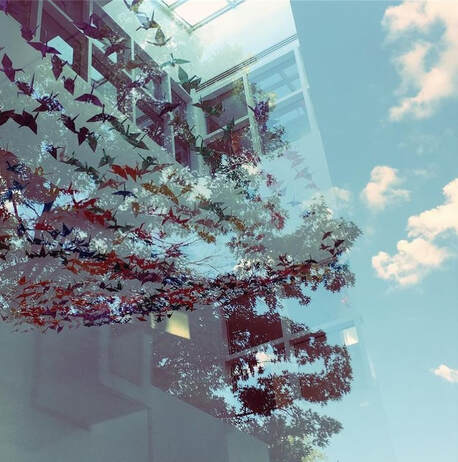 ​I was introduced to this school of thought during my years at St. Petersburg State University (2000 - 2008). Some of my professors raved about Derrida, Foucault, Deleuze, Guattari and Baudrillard (to name a few). Ideas of these thinkers seemed somewhat interesting to me back then, but I also found them confusing. This perception gradually changed, as I discovered that postmodern philosophy does make a lot of sense within my personal quest for meaning. This philosophy has become more important for my work, as I started seeing it as a part of a larger postmodern worldview.

This page is not meant to provide a comprehensive description of postmodern philosophy. You can read more about this school of thought in the Stanford Encyclopedia or in Wikipedia (keeping in mind its limitations). Below I explain a few selected ideas that I personally find the most compelling and useful. I present them through four interrelated concepts (divided into two pairs), each of them explored in more detail in other parts of this online book. In the brief overview that follows, the worldview offered by postmodern philosophy is simplified to make its ideas comprehensible for readers from different (or outside of any) disciplines. I also point out some connections of this philosophic approach to ideas developed within other disciplines (for more information about these connections, you can read about the postmodern worldview).

Important note: Although I talk about "postmodern philosophers" in general, specific thinkers united by this title have had unique ideas and differed from each other in many important ways. The description below is, therefore, a big simplification. In addition, it must be noted that there are many more essential concepts that I omitted for the sake of accessibility (e.g., grand narratives, discourse, deconstruction). I also chose not to write here about the issue of power. It is essential to postmodern philosophy, but this topic is so big that it deserves a separate conversation.

1) Truth and reality
Our logic dictates that all people share the same reality. When misunderstandings and conflicts happen, it is often assumed that the best way to solve them is to find out who is right. Being right is usually interpreted as understanding the objective reality, which is the same as knowing the truth. Postmodern philosophers cast doubt on these common assumptions. They argue that, while the physical world we live in is probably the same for everybody, the truth about it may be unknowable for individual human beings. This claim may seem outrageous, but it actually relates to what other scholars (e.g., some sociologists and cognitive psychologists) in the twentieth and twenty-first centuries came to believe.

Indeed, it is widely accepted that human beings can only access the world through their senses and brains. We know now that our senses and brains are not perfect. For the sake of effectiveness, they allow us to do some things but not others. For instance, brains are filled with numerous cognitive biases, and senses can register only a limited range of details (e.g., we cannot hear sounds that bats perceive, we cannot "see" heat the way some snakes do, etc.). On top of that, senses can be affected by biases in our brains. To complicate the matter even further, individual interpretations of any aspect of the world depend on each person's previous experiences, backgrounds and preferences. The bottom line is that, although worldviews of different individuals can and do overlap, a shared ﻿understanding﻿​ of the objective reality may be an ideal rather than a reasonable goal. According to postmodern philosophy, access to the big-T Truth about the world is restricted for each one of us due to our inherent subjectivity.

2) Binaries and paradox
The way our perception and cognition work can be described as an evolutionary accomplishment and at the same time a limitation. Our bodies (brains included) are programmed to help us interact with the world in the most effective way. The universe we live in is often unpredictable and chaotic. However, our senses and brains are able to simplify this chaos in order to help us survive. Ingenious mechanisms that allow us to accomplish this task have important limitations. For instance, by focusing on patterns, we miss potentially important nuances. While behavioral scholars and cognitive psychologists focus on such things as biases, categorization or "fast and slow" thinking (Kahneman, 2013), postmodernist philosophers have approached this topic by talking about binaries.

Binary is an opposition of two elements that appear to be mutually exclusive. Throughout the history of the humankind, people have relied on a variety of binaries to understand their environment, themselves, and each others. Here are some examples, in no particular order: left and right, up and down, South and North, right and wrong, wise and stupid, rich and poor, man and woman, heaven and hell, alive and dead, love and hate, black and white, friend and enemy, problem and solution, real and fake, same and different, whole and part, subjectivity and objectivity, meaningful and meaningless, fact and opinion, healthy and sick, inside and outside, have and lack, clean and dirty, us and them. Postmodern philosophers specifically point out that these and other binaries are essential for the "Western" kind of thinking. In other words, it is hard for a person who grew up in a "Western" culture to imagine a combination of both elements of any particular binary. How can somebody be at the same time wise and stupid, right and wrong? How can something be simultaneously real and fake, black and white?

Binaries can be helpful in some instances, as they simplify the complex reality and allow us to make sense of it. However, they limit our understanding of this very complexity. Postmodern philosophers draw inspiration from "Eastern" schools of thought when they talk about the importance of embracing paradoxes of the universe and of our existence. Paradox is a seemingly absurd contradiction. It is a suggestion that two elements of any given binary do not have to be the opposites. One can be a man and a woman, a friend and an enemy. A fact can be an opinion, and a solution can become a problem. According to postmodern philosophers, it would be more productive to reject binaries and embrace the paradox, however unsettling this process would be for our simplicity-loving brains.