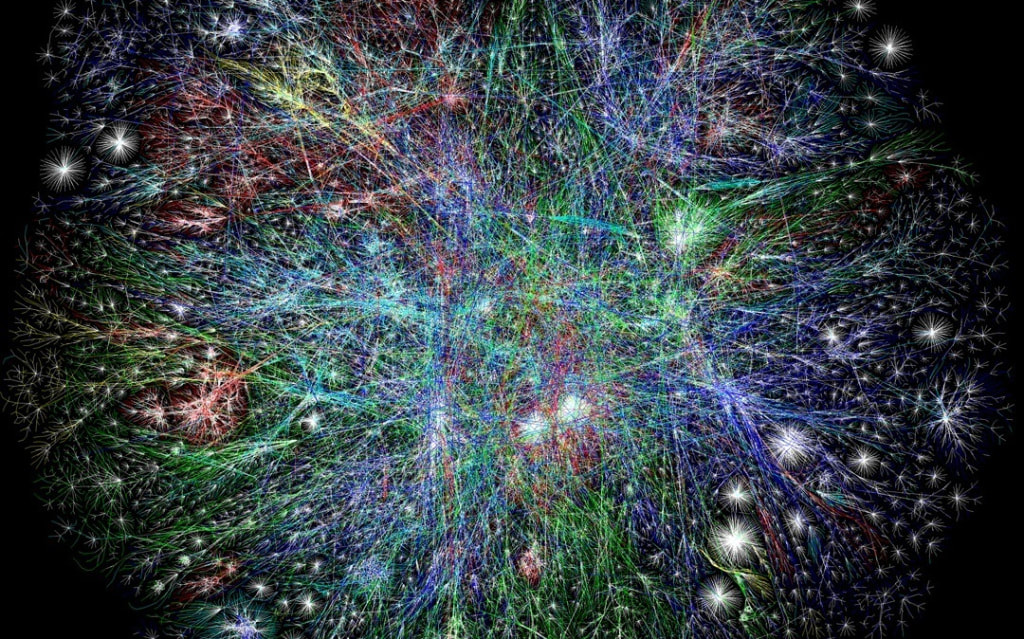 The term "rhizome" comes from the Ancient Greek word that meant "mass of roots". This concept is used in botany to describe a part of a plant that has characteristics of both a root and a stem. Basically, it's a root-like stem that grows underground but can generate multiple new stems above the surface. Unlike a regular root that branches out mostly (but not always) downwards, parts of a rhizome can grow in multiple directions, including horizontally and upwards. Plants that have rhizomes include ginger, turmeric, bamboo and lotus.

Postmodernist scholars Gilles Deleuze and Félix Guattari borrowed the word "rhizome" to use it as a philosophical term. It suited well the new ways to create theories and describe knowledge that these thinkers were proposing. Deleuze and Guattari put it this way: "rhizome has no beginning or end; it is always in the middle, between things, interbeing" (Deleuze & Guattari, 1987, p. 25). They also wrote that "any point of a rhizome can be connected to anything other, and must be" (Deleuze & Guattari, 1987, p. 7). Deleuze called rhizome an "image of thought" (see Dronsfield, 2012), contrasting it to a tree-like neat kind of thinking that has a clear hierarchical structure.

Interestingly, the world wide web has been described as a rhizome (Bluemink, 2015). Indeed, we can imagine hypertexts as a multitude of interconnected nodes without a clear hierarchy (see the image above), very unlike a regular tree with a stem that all branches and roots can be traced back to.

I believe that the term "rhizome" should be seen as a metaphor for nonlinear and nonhierarchical thinking. Essentially, it's a great metaphor for how human thinking in general works. Deleuze and Guattari were creating a new theory of knowledge, but has knowledge ever been different? The genius of these philosophers, to me, lies in the fact that they pointed out something important about the way people think and (try to) understand the world. This book is going to have a rhizomatic structure in order to reflect these mental processes.